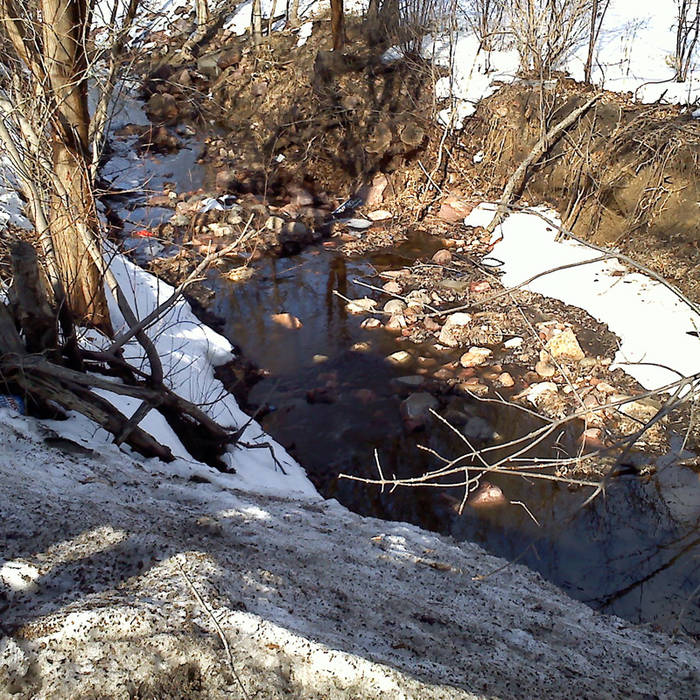 The winter of 2010/2011 was a bitch for some of us. Russ came out and made a concept album about his experience. The tone of the songs is dark but not bleak. Sad, but not hopeless. “I’ve Given Up Again” opens with Gilmour-esque acoustic strumming. “I’m Only Happy When I Cry” picks up the pace, somewhat, and deploys a stabbing line of synth octaves. I like the frantic vibe of “Short-Term Disability”. The production job is impressive, as usual. Note-perfect, clean as a bell. What? “I’m a spoiled little bitch and I don’t want to work anymore,” goes this one, titled “I Don’t Wanna Work Anymore.” “And I Think” is funky and fun, like Bjorn, John and John. “When Will The Drugs Take Effect?” is a moody, eight minute epic that’s something like Jane’s Addiction meets New Order or something, and the drumming is rad. “Cherry Creek” is the book-end, a companion piece to th opening song, except it builds up into a whole big coda thing. Another damn fine release from Sted. (Ian C. Stewart)

Tell me everything about writing and recording "I've Given Up Again."

In April of 2010, I stopped taking the anti-depressant that I had been taking for ten years. Lots of really crappy things happened to me over the next 8 months. It was probably the worst time I could have ever picked to go off meds. Who knew? By November, I "gave up" and went back on (different) meds. I took the first pill the day after Thanksgiving. By late afternoon, I was sitting in front a microphone with a guitar, pretty much writing this song on the spot. It was one of those songs that came completely together in about 10 minutes, and I think it's the best "pop" song I've written in years and years. I kept the original scratch vocal for the final version because you can hear my voice crack at one point. That was pure emotion, not a mistake. I added the rest of the instrumentation the same day. It sat until January...when I recorded almost all the other songs on the album.

Always having an acoustic jangling behind overdrive guitars is a trick I learned from KISS, most notably the "Dressed To Kill" album, although I think when they remastered that album, they removed the acoustics completely. Idiots. Anyway...I like recording with acoustic guitars a lot, I just haven't had one around for years. Evan lent me one last Fall, which was perfect timing, because you can't really record a depressing album like this without an acoustic guitar It's a Yamaha FG-75, which probably means nothing to anyone.. I recorded it with an SM57, and I'm very proud of how it sounds on the album, because in person it sounds like shit.

"I Don't Know What I'd Do" is a such beautiful, heartfelt lyric for a Ramones-type guitar bang. Tell me about the lyric and (I've gotta ask) what came first -- the lyric or the arrangement?

It is a thank you song to my wife for helping me through and putting up with my complete emotional train wreck, which climaxed in early January 2011. This was a very unusual album for me, because all of the lyrics came first except for the first two songs. I don't ever write lyrics ahead of time anymore. In fact, I've had about enough of writing lyrics altogether.

To me, this album is a wholly artistic work, laying bare a personal part of your life; but your characteristic humor manages to remain intact. Also there's lots of the expected Stedman ear candy, but your lyrical voice is more the focus. Tell me about that.

Well, I managed to write in a notebook while this crap was all going on. Usually when I'm crashing, the last thing i feel like doing is anything creative. This time was different. This was obviously a "concept album", When I played it for Evan, he said it reminded him of Pink Floyd's "Animals". That's a huge compliment as far as I'm concerned, because no one's better at writing songs about being fucked in the head than Roger Waters. Roger Waters Pink Floyd was a huge influence on me when I was a kid.

"Cherry Creek" encapsulates the album extremely well for me. What do you mean when you say, "Cherry Creek was just flooding"?

It was a metaphor for the fact that my brain was too full to take anymore.

All music and vocals by Russ Stedman

Audio clips : Dr. George Pransky on “I’m Only Happy When I Cry” & Zig Ziglar on “Feed The Dog”.

All songs © 2011 Russ Stedman (except for one obvious rip-off that [almost] no one will catch).